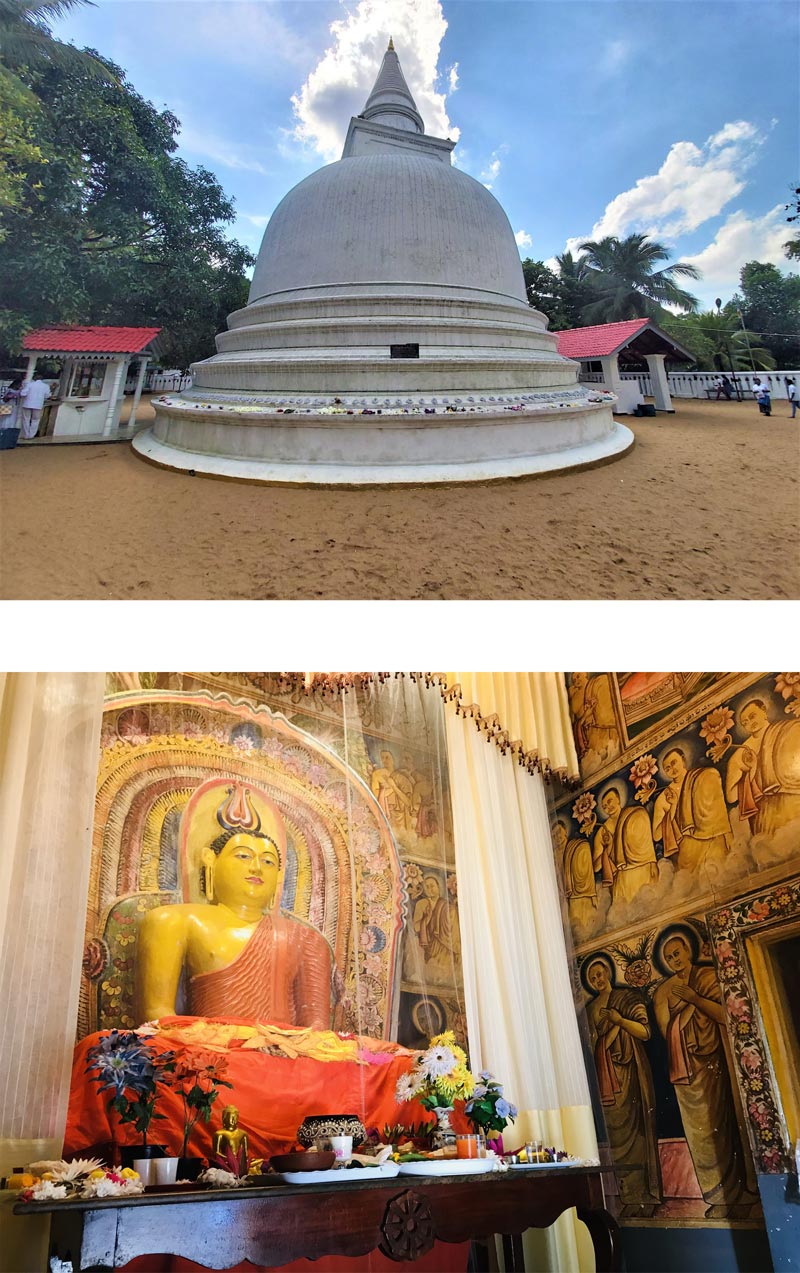 It’s located on the south side of the temple, across the Kelani river. Thus, pilgrims often call this temple as Egoda Kelaniya.

In ancient times, a ferry was used to cross the river but now a bridge has been built joining these two historical temples. It’s recorded in the history that king Kithsiri Mewan had built this temple in 301-328 B.C; across the Kelani river in a very beautiful environment.

On Lord Buddha’s visit to Kelaniya he had a bath from Kelani river and made it a holy place for Buddhists in Sri Lanka. The robe (water particle) he was wearing at that time has been embedded inside the pagoda of this temple according to an inscription which belongs to 18th century.

The vihara consists of a historical Buddha mandira, සිවුරු දාගැබ and a Bo tree. Moreover there’s a figurine of the most sacred Sri Pada near the pagoda. Even though the pagoda was destroyed by the Portuguese, Ven. Sri Rahula Thero could find it without any harm when he visited the temple. Being delighted by the scene of this pagoda, the Thero mentioned about the
Kithsiri Mewan Viharaya in his well known Salelihini Sandeshaya.
The current Nayaka Thero of both the temples, Kelaniya Raja Maha Viharaya and Kithsiri Mewan Viharaya recently planted a branch of the sacred Sri Maha Bodhi in Kithsiri Mewan Viharaya. There’s a golden fence surrounding it as well.

Read the comprehensive history of Kelaniya Raja Maha Viharaya from pre-historic age to present day, Get the latest official updates and Share your knowledge as comments. 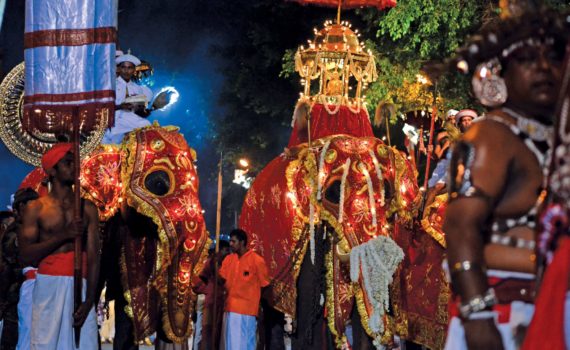 At this historic temple a procession known as "the Duruthu Perahera" is held on the pre-full moon poya day of the month of Duruthu (January) every year. On this occasion, hundreds and thousands of peo [...] 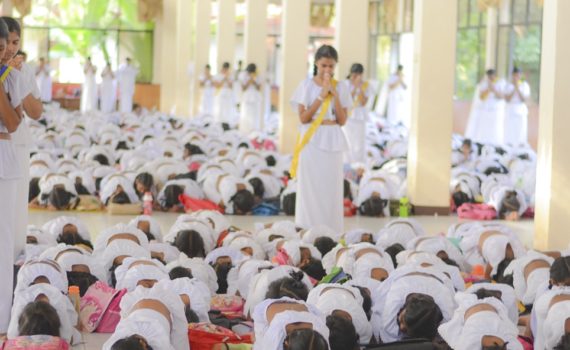 Under the competent guidance of the Ven. Maha Thera, the Sunday Dhamma School of Kelani Vihara was reorganised and given a new lift to suit modern times. It has already proved itself to be the best of [...]

Upon the death of Ven. Mapitigama Buddharakkhita Thera, the ninth in the line of succession, Ven. Thalevala Vijitha Dhammarakkhita Thera succeeded to the incumbency of the temple in 1962. With his asc [...] 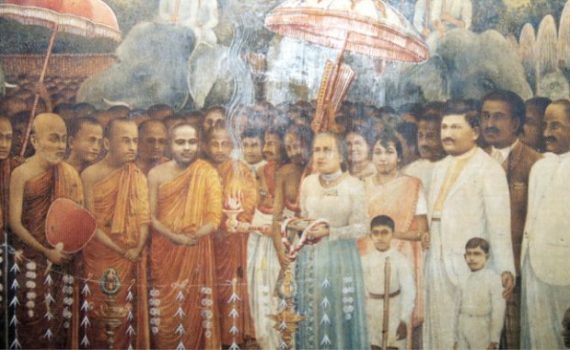 Mr. Don Walter Wijewardene, the Pioneer of the Duruthu Perahera

In the year 1927, a cultural pageant, on the lines of the Esala Perahera of Kandy was inaugurated by Mr. Don Walter Wijewardene. It was named Duruthu Perahera and was held with a duel purpose. The fir [...] 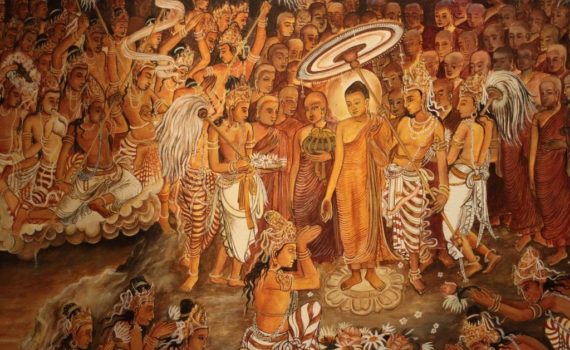 From ancient times the tradition has been to paint the walls of temples with portrayals of the Jataka stories, but Kelani Vihara has made a welcome departure from this custom in its new paintings. Ins [...] 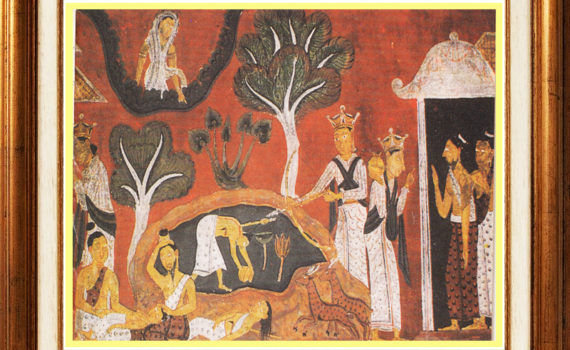 The old paintings were done when the temple was rebuilt in the Kandyan period. They decorated the walls and ceilings of the two chambers of the old wing. In these old paintings we could clearly notice [...] 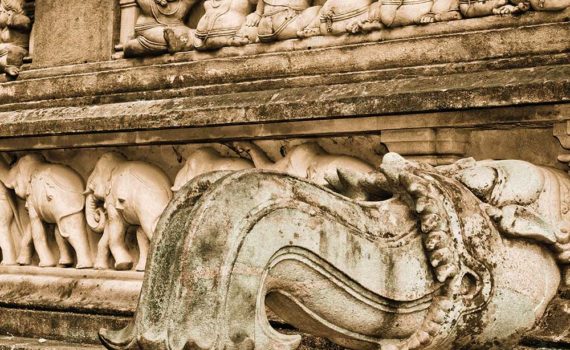 When the Portuguese destroyed the ancient Viharaya in 1575, all those sculptural work and the paintings of antiquity, perished with it. Hence it is a pity that there is no evidence of any ancient pain [...] 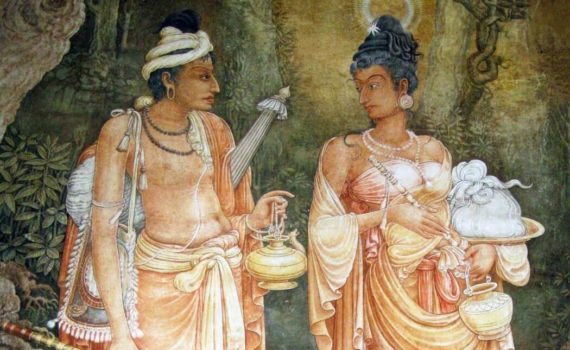 Solius Mendis, the Artist and Sculptor

A description of Kelani Vihara cannot be complete without speaking of the talented painter who turned it into a gallery of Sinhala art. Mrs. Helena Wijewardene, having decided upon the restoration wor [...] 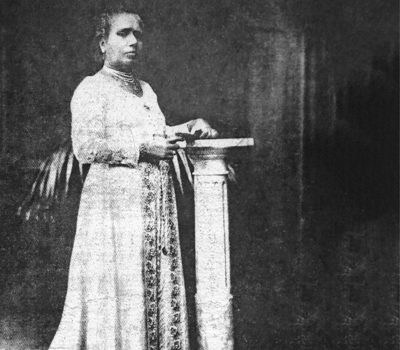 It was at this time that Mrs. Helena Wijewardene of Sedawatte Walawwa visited the temple. With her visit a new chapter in the history of the temple commenced. She was born a Christian, wealthy and nob [...] 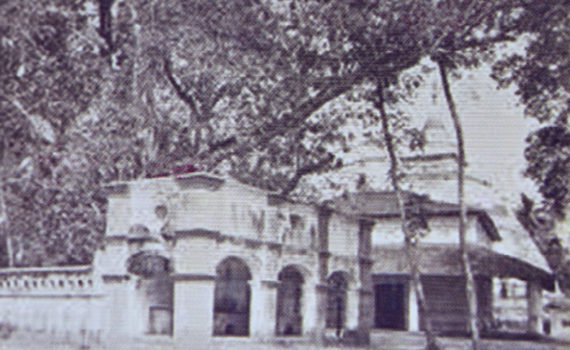 The British who assumed rule of the low country in 1796 and captured the Kandyan Kingdom in 1815, were more tolerant towards religion unlike their predecessors, they did not interfere with the worship [...]

The reign of king Dharma Parakramabahu is notable for the arrival of Portuguese. The Portuguese first approached the king for permission to establish a trading centre in Colombo, but later they built [...]

The glory of Kelaniya reached its zenith in the Kotte period. Kelni Vihara became the closest principal shrine to the capital. So it received the patronage of the king and the people. The chief priest [...]

Seen the destructions caused to Kelaniya by the merciless invader, Vijayabahu took steps to set things right. He repaired the image house and the dagaba with a pinnacle of gold. His son, Parakrambahu [...] 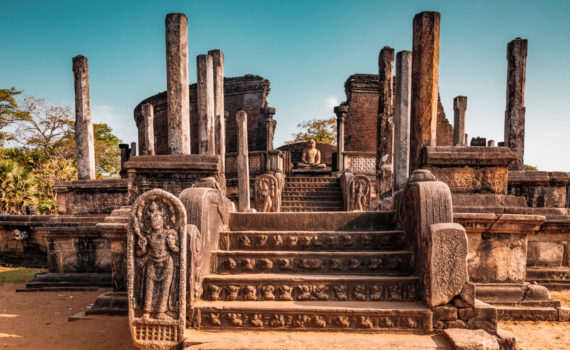 As usual Polonnaruwa kings too, paid their share of homage to the Kelani Vihara. Of them king Parakramabahu the Great and king Nissankamalla were prominent. The Pritidana inscription of Nissankamalla [...] 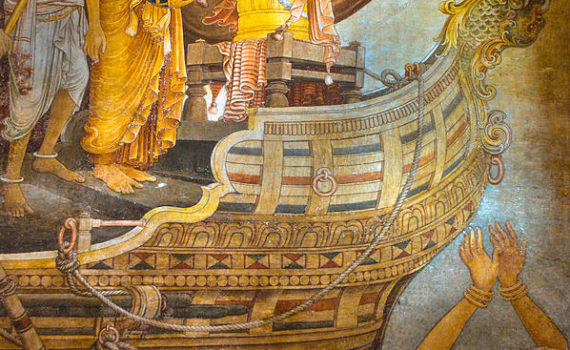 Since the Buddha's visit, Kelaniya received its hallowed status as a sacred place of Buddhist worship. After the formal introduction of Buddhism in Sri Lanka by Arahath Mahinda about in 246B.C.; durin [...] 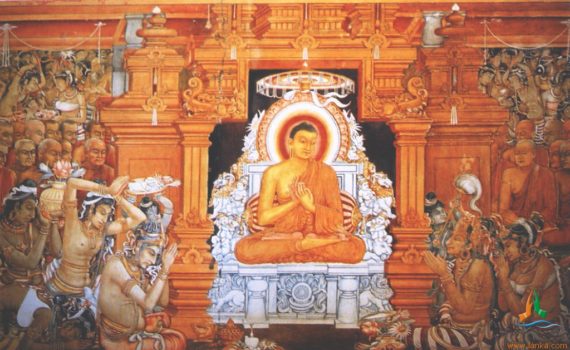 The next historical event connected with Kelaniya, is the Buddha’s visit. The Buddha knowing that the Lanka would be the only country where his religion would be most glorified is said to have graced [...]